for string quartet, or oboe quartet 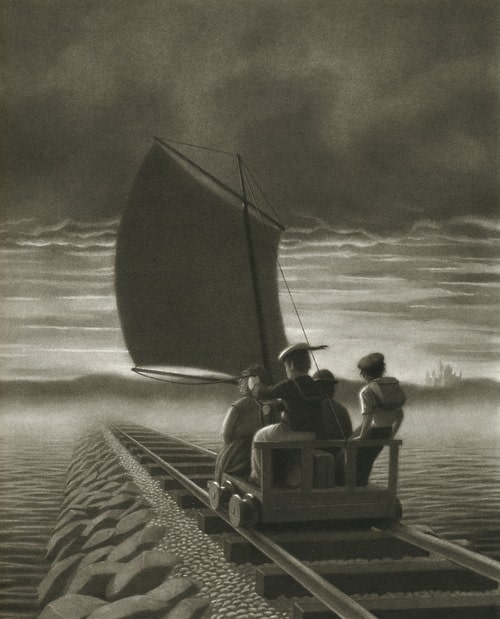 I. ANOTHER PLACE, ANOTHER TIME

In beginning this movement, I simply imagined the excitement of four young children as they are about to head out on a great adventure, carried along by steady winds toward the unknown. They know something is there, but they are not sure what. And then, at the first glimpse of the far away castle, shrouded in fog, the music immediately shifts to that of awe. It is bold and magical, yet carries a bit of uncertainty. Once the children regain their courage, the music jumps right back into excitement as they hustle along to try to get there as soon as possible. 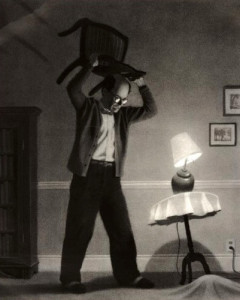 II. UNDER THE RUG

This movement starts out with an almost overly simplistic tune, reflecting the calm and easy-going lifestyle of the family before being suddenly interrupted by a mysterious lump under the rug. (The cello almost even says “What was that!”). There is a brief moment of terror, before it goes away (for 2 weeks), and life is again calm. Of course, per the text, the lump returns again and begins to move, initiating the chase sequence of the father trying to get it with the chair. Everything finally returns to normal after the father supposedly succeeds; or does he? 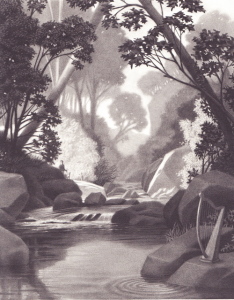 This is the most straight-forward of the four movements, I think. The opening represents the mystery of the forest, and the apprehension of the boy’s search for the harp. Upon its discovery, the tune becomes a very simple one, with the strumming pizzicato in the accompanying strings symbolizing the harp. 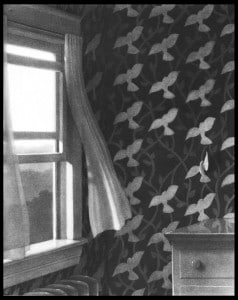 At the beginning of this movement, I tried to express the birds extricating themselves from the wallpaper – first, one at a time, and then almost all at once, as a flock. As they fly away, their calls and chirps fade as they disappear out of sight. The following Scherzando music then portrays what it must feel like to be a bird in flight. The rising cello line illustrates the glory of flight, while the running notes in the other strings depict the constant energy required, all culminating in one big flourish.