After “Fanfare for Democracy” was premiered on January 20, 2021 at the United States Capitol for the Inauguration of President Joe Biden and Vice-President Kamala Harris, I had the crazy idea to ask an orchestra from each state to co-commission an orchestral version.
With the help of many colleagues, musicians, and others, 51 orchestras (each state + Washington, D.C.) agreed to sign on, with most to make their state’s presentation sometime during the 2021-22 season.
The complete list of states and orchestras is below.

Originally, I was inspired to write the music on November 7, 2020 when reflecting on the election and the democratic process. More details of that Saturday afternoon inspiration can be found here.

The fanfare was originally performed by “The President’s Own” United States Marine Band,
conducted by Col. Jason K. Fettig.

I was so very honored and humbled to be a part of such a historic event, and am excited to see it reach thousands of more people throughout the country. 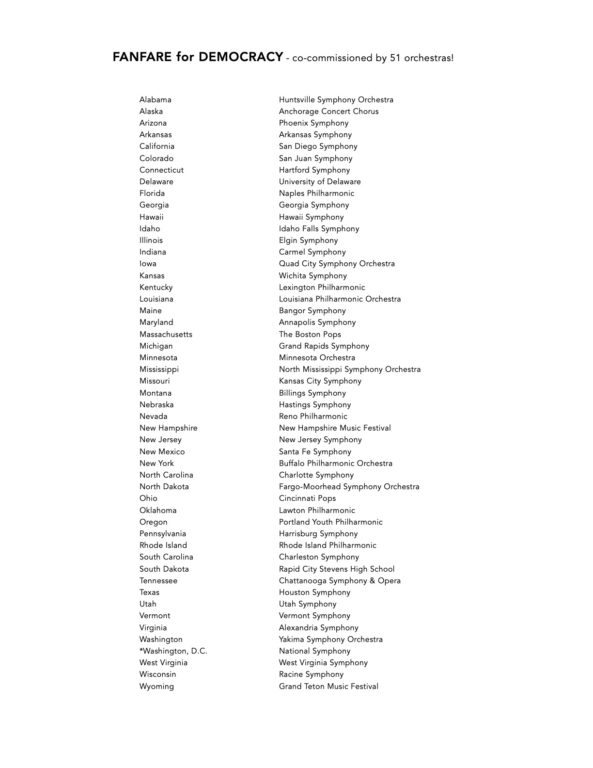 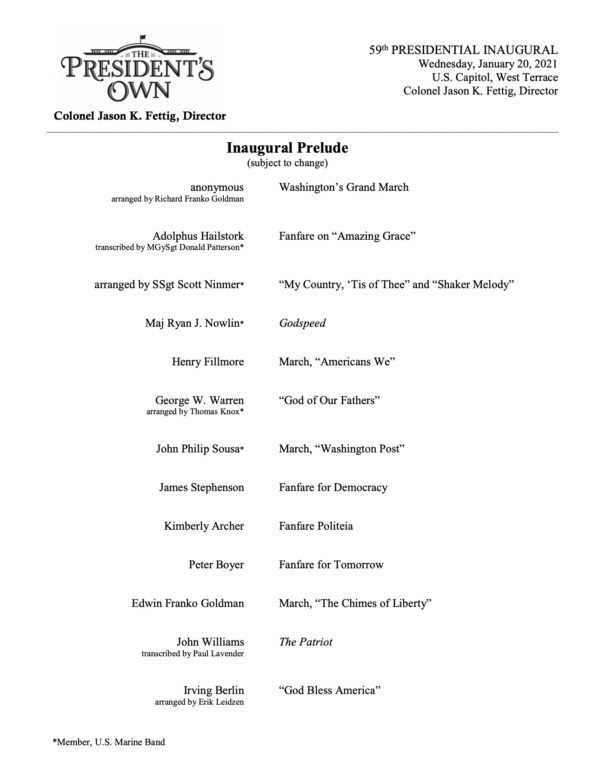 Be the first to know about Jim's new works and events.

Thank you for subscribing.

We respect your privacy and take protecting it seriously

Send this to a friend